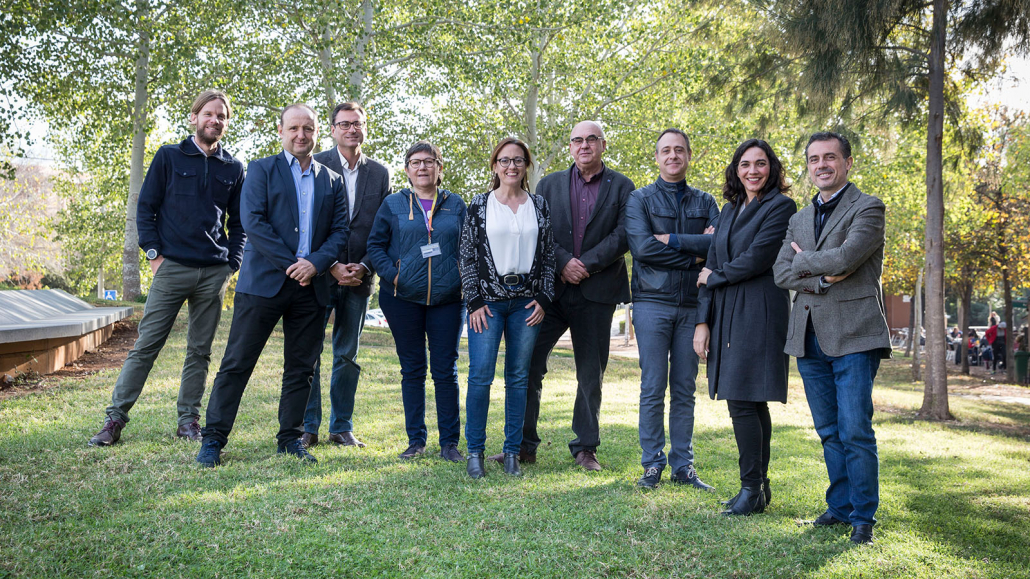 Universitat Jaume I will coordinate the European project ETHNA System for the development and implementation of an ethical governance system that promotes responsible research and innovation. The project has a duration of three years and involves the participation of ten partners from eight countries.

Universitat Jaume I de Castelló (UJI) will coordinate the European project ETHNA System, which aims to develop and implement a system of ethical governance to promote good practices in research and innovation (RRI) in higher education centres, research centres and research funding institutions.

The project, which will last three years and will involve the participation of several partners from different countries, will implement and validate a system of ethical governance through the integration of an ETHNA office in the structure of management of the consortium’s entities: two universities, one of which is UJI, two research funding centres and two technology parks in Spain, Norway, Estonia, Bulgaria, Austria and Portugal. The ETHNA office is based on four pillars: an ethical code, an ethics committee, an ethical line of alerts and suggestions, and indicators for reporting on RRI compliance.

The aim is to contribute to the implementation of institutional changes in the research and innovation structures of the European Union from an ethical perspective in order to promote and institutionalise RRI, whose basic pillars include research ethics and integration, gender equality, open science and citizen engagement.

“Although RRI has advanced from a training perspective, we do not have the same development in innovative governance structures, and this is where we bring our added value. We will take into account all the dimensions of RRI, but the objective is not to train on these dimensions, but to generate a structure in the institutions that finance and do research to manage these dimensions in an ethical way”, explains Elsa González-Esteban, professor of the Department of Philosophy and Sociology of the UJI and director of the project. It is a research project of the Horizon 2020 Programme coordinated for the first time by a research team from the UJI Faculty of Human and Social Sciences, but it involves other research groups.

The research group in Practical Ethics and Democracy that leads the project and is directed by Professor Domingo García Marzá will contribute its experience in the implementation of ethics management systems in organisations. In addition, the UJI group on Law, Management and Effective Equality of Women and Men, coordinated by Professor Santiago García Campá, will contribute to the generation of indicators for the different dimensions of RRI.

González-Esteban explains that, in terms of RRI, governance and ethics are the two most significant variables, but they are also the ones that require the least amount of research and implementation. “While progress has been made in the area of gender and citizen participation, governance is more complex because it requires structures, resources, and defined objectives, and we often have organisations that, if they declare their adherence to RRI, do not have an ethical infrastructure in line with it,” she explains. In this line, she notes that many people believe that ethics is an undefined subject, as if it were not objective, “but it is objective and very important; the reason is to be good and with ethical infrastructures. Since the UJI we have worked a lot in the field of applied ethics in institutions and companies”.

In relation to this aspect, the group’s researcher in Practical Ethics and Democracy also emphasises that “human and social sciences can be very fertile when it comes to guiding and specifying how our institutions follow and the objective of the project is this: it is not only a question of saying how they follow, but also of specifying how we can do it”. According to the director of the project, ETHNA System will produce transformations not only in the short term, but also in the medium and long term. “Having structures within our research and innovation systems that clearly define the way we want to go and that can measure whether we are doing well or not is very important”, she points out.

The project is divided into several work packages. The UJI, as a coordinator, will direct and guide the project in all its phases and will also be in charge of the ethical compliance package, as well as ensuring internal communication throughout the project.

The Norwegian University of Science and Technology will carry out a review of the state of the art on the institutionalisation of ethical research governance structures in order to learn from good practices developed in Europe.

The third package will be completed by the European Network of Research Ethics Committees in Germany, which will be responsible for carrying out, through a participatory methodology, an assessment of the needs and expectations of the interest groups of the entities in which the ETHNA system will be implemented.

The protocol of the ETHNA office will be designed by the Zentrum für Soziale Innovation in Austria. “At the head of the institutions in which the system will be developed is an office that supplies all areas, although in each case we will be making use of processes that are already in progress. We will work on a protocol that shows how it has to be implemented, which objectives are to be achieved each year and which goals the office has to reach. Afterwards, the protocol will be validated and indicators will be designed to measure the supply of the best in each of the RRI’s areas,” says the UJI’s Professor of Moral Philosophy.

The implementation in the systems will be coordinated by the Danish Board of Technology Foundation. Furthermore, the evaluation and validation of the system will be carried out by the Applied Research and Communications Fund of Bulgaria.

Through these actions, a guide will be developed that will serve as a compass for possible implementations of the ETHNA office in entities that will carry out this process.

The work packages will also include a communication and dissemination campaign, both to a specialised public and to the general public, which will be carried out by the German company BIOCOM. “The exploitation and dissemination of the results will be along the lines of the research group and the project with a twofold purpose: from a band, to the scientific community and, from another band, an adequate transfer of knowledge to the environment with the objective that it penetrates the society. I am sure that with this project, humanitarians will show their capacity and their ability to transform our society”, says González-Esteban.

This site uses cookies. By continuing to browse the site, you are agreeing to our use of cookies.

We may request cookies to be set on your device. We use cookies to let us know when you visit our websites, how you interact with us, to enrich your user experience, and to customize your relationship with our website.

Click on the different category headings to find out more. You can also change some of your preferences. Note that blocking some types of cookies may impact your experience on our websites and the services we are able to offer.

These cookies are strictly necessary to provide you with services available through our website and to use some of its features.

Because these cookies are strictly necessary to deliver the website, you cannot refuse them without impacting how our site functions. You can block or delete them by changing your browser settings and force blocking all cookies on this website.

We also use different external services like Matomo, Google Webfonts, and external Video providers. Since these providers may collect personal data like your IP address, you can block them here. Please be aware that this might heavily reduce the functionality and appearance of our site. Changes will take effect once you reload the page.